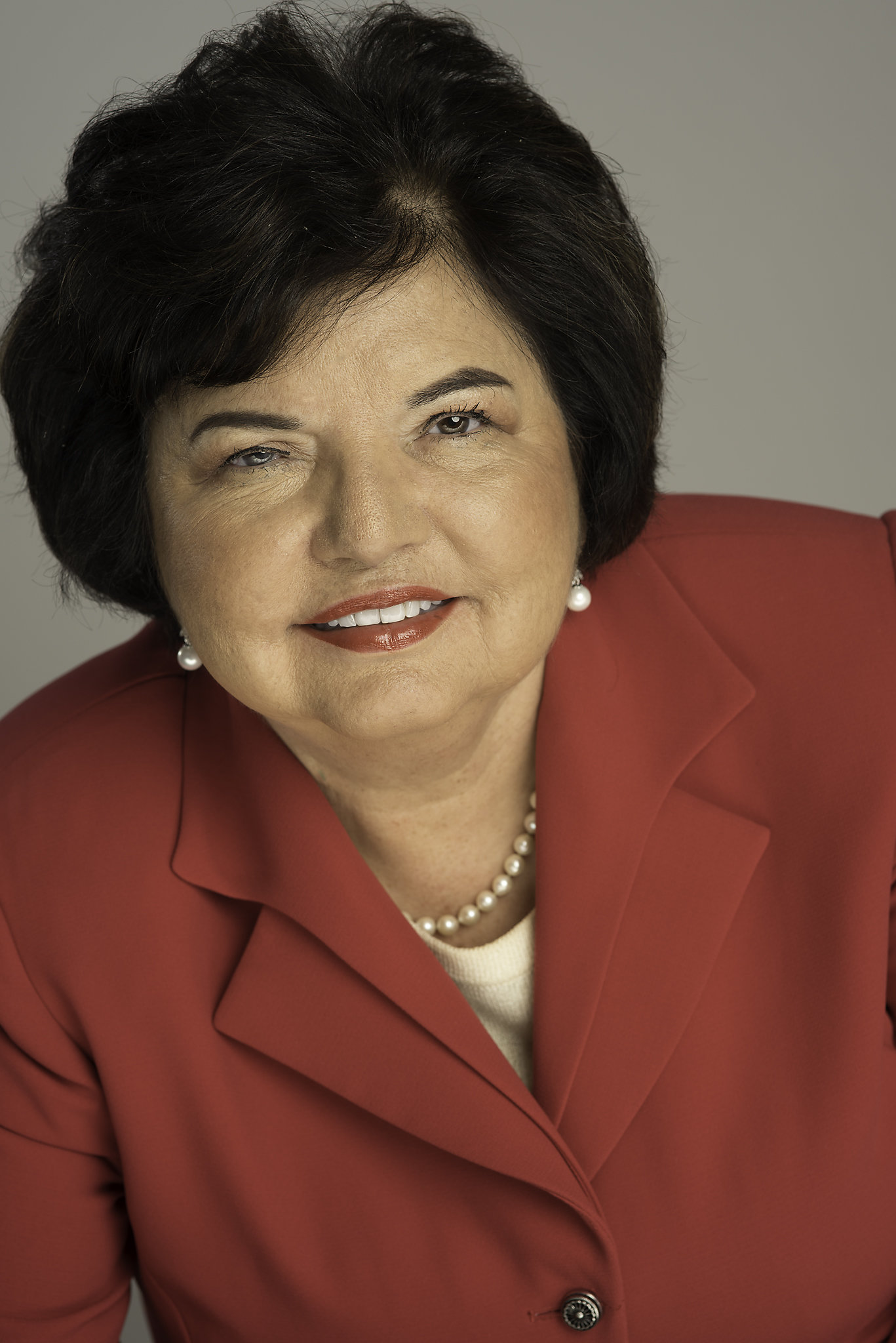 Born and raised in Mexico City, Maria de Lourdes “Lulu” Sobrino is Founder and CEO of Lulu's Foods, Inc., established in California in 1982. As Jim Hopkins from USA Today wrote “she is the queen of ready-to-eat gelatin desserts and a force in the surging number of Hispanic Entrepreneurs”

She is an Entrepreneur. Her first business was in the tourism industry in Mexico City. She later expanded her business to a travel agency, which grew so rapidly organizing conventions that she decided to open an office in Los Angeles. Lulu however, her entrepreneurial spirit grew stronger and she began to explore other passions and ideas.

Lulu came up with the great idea of ready-to-eat gelatin when as a consumer looking for the popular dessert while living in the U.S. a staple in her native Mexico, the concept was new to the U.S. and a novelty when she introduced it to American grocers in California. She recognized a need, filled it and revolutionized the food industry by creating the first-ever ready-to-eat gelatin category, based on her own mother’s recipe. From the initial production of 300 cups of gelatin a day, Lulu’s has overcome many challenges and obstacles to become a leading maker of ready-to-eat desserts.

Lulu has been invited to share her story to speak, educate and motivate Hispanic entrepreneurs with their dreams of starting their own businesses. Also she participated in a panel at Baruch College in New York for their conference, "A World of Opportunity, The Impact of Immigrant Entrepreneurs". Lulu’s leadership also gained her recognition serving at Export-Import Bank of the United Sates in Washington, Dc. and to be part of President George W. Bush's, Economic Forum in Waco, Texas to represent "Small Businesses".

The Schlesinger Library at Harvard University honored Ms. Sobrino in a national traveling exhibit that interprets the History of American Women and Business. “Enterprising Women, the Businesswomen of America from 1750-2000. She was among 140 intriguing women who helped shape the landscape of American Business such as Meg Whitman, Martha Stewart and Oprah Winfrey among others. www.wneterprisingwomenexhibit.org.

In her first book Thriving Latina Entrepreneurs in America Lulu shares her story along with seven other outstanding Latinas and their business successes. This book is an inspiration that encourages the reader to succeed and make a difference.

Currently she is a Global Ambassador for Vital Voices and also serves at the Advisory Board Enterprising Women Magazine and is attending to the 20th anniversary at Clearwater, Florida supporting Monica Smiley.

Lulu is very excited about her recent decision to relocate her operation to San Antonio, Texas. in 2013, in order to be closer to her customers HEB, Wal-Mart, Grocery Supply and others and become more efficient with shipping cost looking to export her products to Mexico soon.

FIND US
- Find Us